Be Your Own Go-To

Way back in the dark ages (around 1974, when I started observing) there were no digital setting circles or go-to telescopes.  The only options were star hopping and conventional setting circles, both of which were found to be frustrating and time consuming.  Then I discovered something that allowed me to quickly and easily locate any object within range of the scope being used.  It was found in the book All About Telescopes (copyright 1967) by Sam Brown and he called it the Right Angle Sweep (RAS).  This method of locating objects consists of centering a naked eye star in the eyepiece and moving the scope, first in declination and then in right ascension, a prescribed number of degrees by watching stars move through the eyepiece field.

To use the RAS, it is necessary to know the true field of view of the eyepiece.  This can be found by dividing the eyepiece field stop diameter by the focal length of the telescope and multiplying by 57.29 (be sure to use the same units for the field diameter and focal length).  The true field can also be measured by aiming the scope at the celestial equator, noting the time in minutes that it takes a star to drift across the diameter of the field and then dividing the time in minutes by 4.  If it takes 2 minutes for the star to go from one edge of the field, through the center and to the opposite edge, the true field is ½ degree.  If it takes 4 minutes, the true field is one
degree, but make sure the star you used was near the celestial equator.  The farther a star is from that location, the longer it will take to travel one degree.  The RAS works best with an eyepiece that yields approximately a one-degree true field so let’s assume we have one.

An equatorial mount is not absolutely necessary, however, sweep coordinates rely on the telescope slew motion being right ascension and declination rather than altitude and azimuth.  An equatorial mount definitely helps because then the two slew motions are coincident with the mount axes.  For now we will assume we have an equatorially mounted scope, to go along with the one-degree eyepiece, and that the mount is aligned with the north celestial pole.  Conveniently, polar alignment precision is not essential and being within a degree or two is close enough.  This can be done in a matter of moments by centering Polaris in the finder, first with the scope “on the side” of the mount to set the azimuth, and then “on top” of the mount to set the altitude of the polar axis.

The next thing we need to know is the star and the sweep for the object we want to find.  As an example, let’s use M101 which is 5 degrees north and 2.3 degrees east of eta Ursa Majoris.  A very basic star chart will show that eta is the star at the end of the handle of the Big Dipper.  Now we are ready to sweep and the first step is to center eta in the eyepiece.  Next move the telescope slowly north, which is rotation of the declination axis toward Polaris, until eta reaches the edge of the field of view.  Then pick a star near the center of the field and repeat the north motion to move this star to the edge of the field.  We have now moved the scope one degree north, and we know which star that has just appeared on the edge of the field will pass near the center of the field and disappear on the far edge of the field as we continue the north motion.  Completing that motion moves us a total of two degrees north.  Repeating this one-degree movement three more times completes the north sweep of 5 degrees total from the star eta.  Finally, using the same method, but moving the scope east (rotation of the polar axis only) 2 and 1/3 fields, we find a large galaxy in the field of view.  Carefully moving the specified distance and direction will result with the object being centered. And that is all there is to it.  And this is what it would look like in the sky.

While reading the instructions above, it may sound a little complicated but actually trying it will show how simple it is.  With a little practice, it takes less time to complete the steps than it does to read them. And if you are observing in an area where there are many objects, like Virgo or Sagittarius, you can sweep from one object to the next instead of going back to a star each time.

Some homework is required to get the sweep values for a large number of objects.  It is not difficult but it does require some investment in time, an investment that will pay big dividends during your observing sessions!  The good news is that I have already invested much of the time for you by preparing a number of lists (on Excel spreadsheets) that contain enough objects to keep anyone busy for years.  For each object, each list identifies the locating star, the sweep values and a brief description of the object.  These are the lists:

As you can see, there is some overlap in the lists.  For instance, the Messier objects can be found in 1, 2, 3 and 8, but you need #1 if you are going to do a Messier Marathon.  Lists 2 and 3 are similar except that list 3 adds the Herschel II objects which are dimmer than the first Herschel list, the Herschel 400, so list 2 is more for smaller scopes and list 3 for larger scopes.  However, even with a larger scope, you might sometimes want to look at only brighter objects and then list 2 is easier to use.  List 8 has nearly all of the objects listed in 1 through 7 but sometimes it is nice to have them broken down into the components of the smaller lists.  In other words, I find them all useful.

If you are interested in having any or all of these lists, let me know by email (Tom’s E-mail) and I will send you the files.  Below is a section of the Magnificent 700 to show how the information is presented in general.

As in this list, the Magnificent 1000 and Burnham’s have the objects arranged by Constellation.  The rest, except for the Messier Marathon, are listed in order of right ascension – more or less.  The more or less is in regard to what I mentioned earlier about sweeping from one object to the next.  Sometimes maximizing these sweeps causes the objects to be listed out of order.  NGC 205, 221 and 224 above are a good example of this.  Note that “prv” indicates that the sweep is made from the previous object.  Therefore, if you do decide to use any of these lists, and want to sort the objects for some reason, make sure you compensate somehow for all the prv objects or the sweeps
will be wrong for them after you sort.  Also note that the declination sweep is listed first.  This is the way the sweeps were measured.  When near the celestial equator, it does not make a difference which you do first.  However, as you move away from the equator it does make some difference and as you approach the pole, it makes a lot of difference.  So, if you are using any of the lists, it is a good habit to always do the declination sweep first.

As mentioned previously, the RAS does not require an equatorial mount.  An equatorial mount is a big advantage but the motion can be approximated with good results if using a Dobsonian or other alt-azimuth mount. Move the scope toward Polaris for north directions or away for south and then perpendicular to that motion for the east/west.  This works best when the object is on the meridian.

I know from experience that the RAS is easier to use than setting circles or star hopping. I have not used a go-to scope so I can’t compare them to using the Right Angle Sweep.   However, from what I have seen at star parties, the Sweep can be used to locate objects in the same amount of time, if not more quickly.  Even if this is not true, go-to scopes take away a big part of the enjoyment of observing, and that is the reward of finding the object yourself. Plus, you never know what interesting sight you might come across as you are watching the stars go through the eyepiece during the sweep.  And there is nothing quite so satisfying as looking up at the night sky and being able to recognize all the constellations that are visible at any time of the year.  If you cannot do this already, after using the RAS to find a few objects in each constellation, you will be pleasantly surprised to find that you will be able to identify any of them with ease.  So, after doing it for over 25 years, I still recommend being your own go-to! 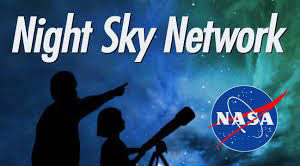